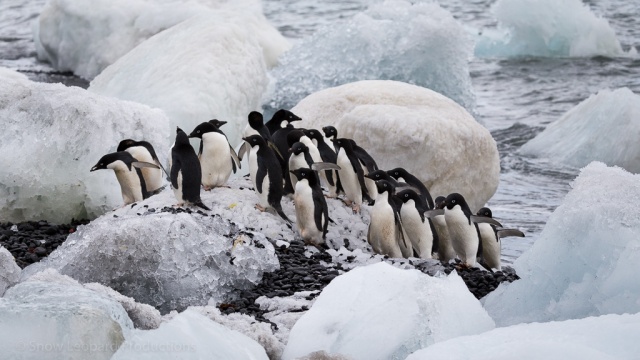 This new post has taken longer than usual, as I have been trying to get a video embedded in the post. I’ve been able to do it before, but not this time. So now I’ve had to load it onto YouTube and provide the link here. I hope it works for everyone.

Sailing from South Georgia, we have two days and two nights of sailing ahead of us through the Southern Ocean – kind of like doing the Shackleton journey in reverse and obviously in a much better vessel.

It must be obvious from my blog already, but sea days are not my favourite days. Most of these days I spend in a phenergan-induced stupor, sleeping lots and struggling to stay awake in the lectures. Most of my fellow travellers have a similar dopey look, but somehow it never stops us from eating more (if only it had!). I’ve also worked out by now that if the ship is pitching heavily that the most comfortable way to shower is actually sitting in the bath tub and then sitting on the edge of the bath wrapped in a towel to dry off, preferably all this with the bathroom door open, so a rapid exit can be made if necessary. When I write this, it sounds more dramatic than it really was. You just adapt – even to airborne plates in the dining room.

On the second sea day we see quite a few fin whales near the ship, which gracefully dive in and out of the waves. We also see more icebergs, with one being an enormous tabular iceberg, of which we can just distinguish the outline in the distance. But the weather does deteriorate and the winds pick up. The plans for a zodiac cruise around Elephant Island have to be shelved and the most we get is the captain positioning the ship as close to Point Wild as he can, so we can view the bleak spot that Shackleton’s men, led by Frank Wild, survived on for four and a half months. We all acknowledge we wouldn’t have lasted four and a half hours there and possibly not even four and a half minutes! The wind is blowing a gale and is picking up speed by the hour. We learn that landings at Point Wild are very rare and most of the time don’t happen. Maybe two or three times a year a landing can be made. In the picture you can see the bust of the Chilean captain of the ship Yelcho, who helped Shackleton to come to the rescue of his men after a number of failed attempts.

The sea is choppy with lots of whitecaps, but the sun is coming out and glinting off the water and the ice every now and then. We have quite a bit of a journey ahead of us still before we get to the peninsula, but by then the waters should be more becalmed and more pleasant to sail through, as we will then be protected by islands.

The next day we reach the Antarctic peninsula, where we set foot on the continent itself at Brown Bluff, one of the few locations where you can see Adelie penguins, the smaller penguin, and the most indecisive penguin of all. They are the slapstick comedians of the penguin world and we spend a few hours watching these birds in sheer delight, often amidst loud laughter as we watch their antics. Really, the best I can do is treat you to some video here to convey what it was like to watch these wonderful creatures. With apologies for the skewed horizons and the length, but at least I’ve edited out our cruel laughter.

After we reluctantly leave Brown Bluff, we head for lunch, which soon turns into an interesting game of catching your wine glass and plate before it slides off the table. The captain has started navigating through Antarctic Sound and occasionally has to make some interesting manoeuvres to move in between the enormous tabular icebergs that are accumulated here. Antarctic Sound used to be known as Iceberg Alley, but that was 10 years ago and according to Kara there haven’t been many big tabular icebergs in the sound for the last 6-7 years. This year, the amount of tabular icebergs is astounding and we hastily leave our lunch behind to dress warmly and stand outside to watch our progress.

The sight is magnificent and we stand in awe staring at icebergs that are massive in size and tower above the ship. One iceberg is estimated to be 10 miles long on one side. Indeed, so large that the expedition staff decide to do some research and find out that this particularly iceberg calved off in the Ross Sea on the other side of Antarctica and has gradually made its way here over the last 15 years! Apparently these large tabular icebergs are tracked by satellite and so they were able to find all the details about it.

After all the amazing sights this afternoon, it is time for a glass of wine and so ends another day in paradise.