This one is out of sequence; I had so many blog posts to catch up on that I lost track of the timeline. I went to Torino at the end of August on a weekend that the temperatures descended to normal levels for the first time that summer.

Torino is another one of those places that is accessible by Frecciarossa train in an hour from Milan. One of the key reasons to go was to visit the outstanding Museo Egizio (Egyptian Museum). What I didn’t expect was to find, in addition to that, a delightful city with many piazzas, coffeeshops and covered walkways that was very enjoyable to walk around.

From the train station (Porta Nuova) I started by walking towards the centre and soon found myself on the large and beautiful Piazza San Carlo, that is flanked by terraces and arcaded walkways. From there I meandered on until I got to yet another piazza, one smaller in size, facing the Palazzo Carignano. By then I was well and truly wanting a coffee, so I sat down at Farmacia del Cambio cafe and took in the surroundings for a while.

Duly caffeinated I continued my meanderings, towards Piazza Castello, Palazzo Madama and the Palazzo Reale. Yet another lofty square lined by magnificent buildings. It’s as if the city pulls open all registers. 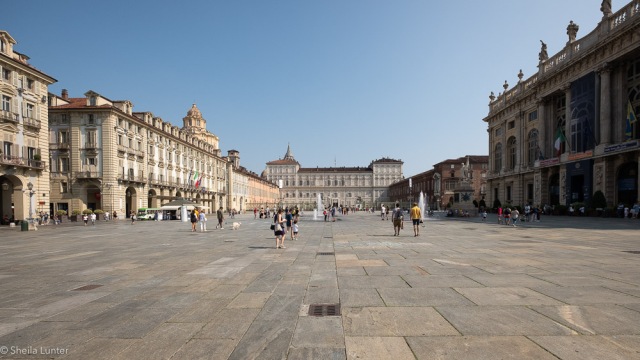 A left turn took me to the Cathedral di San Giovanni Battista where the Shroud of Turin is kept (or what’s left of it) and from there I walked over to the Mole Antonelliana, estimated the queues as too long and instead went to the Egyptian Museum, which was after all one of the prime reasons to come to Turin. My advice is to leave enough hours to take the museum in and even then you will struggle to see most of it. You could spend a week in there and still not see everything in detail. It is a remarkable collection, beautifully presented and a real immersion in Egyptian history. If you can’t make it to Cairo, this museum is your next largest collection of Egyptian artefacts in the world. 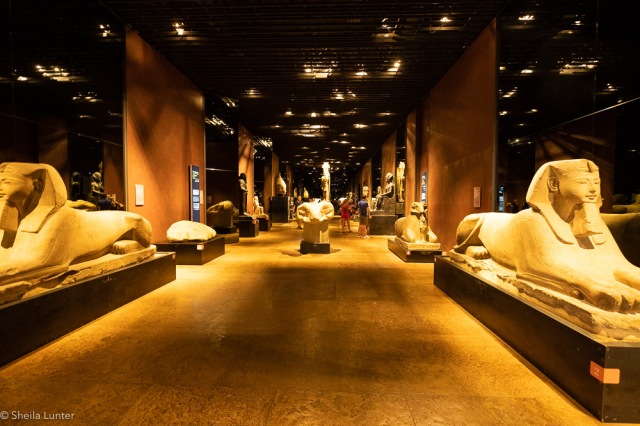 After that my feet were sore and my stomach was rumbling, so I went in search of some food before taking the train back to Milan, which I found on Piazza San Carlo. A sightseeing day in Italy wouldn’t be complete without a gelato and where else to get one in Torino but at Alberto Marchetti?! Best ice cream I have ever had and in amazing flavours (zabaglione and torrone anyone?).

I still haven’t seen all of Torino, so I’ll have to go there another time, perhaps getting off the train at Porta Susa and walking into town from there to see the bits I missed on this first visit. And have another gelato at Alberto Marchetti, of course…