This is the name the Italians give to the Bernina Express, operated by the Rhaetische Bahn between Tirano and Chur / St. Moritz; it means the little red train. It crosses over the Bernina Pass in a magical landscape and is the highest railway over the Alps. According to Rhaetische Bahn the train negotiates 55 tunnels, 196 bridges and steep inclines. The highest point is at 2,253 metres above sea level and part of it (from Thusis – Valposchiavo – Tirano) has UNESCO World Heritage status. 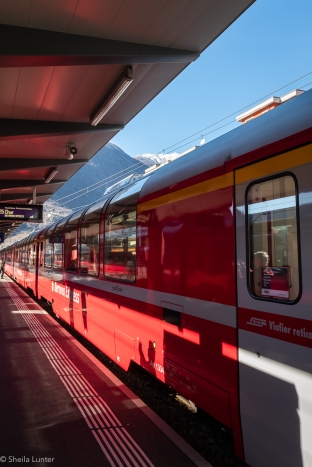 Two weekends ago, I took the train from Milan to Tirano at 10:20am to connect with the Bernina Express in the afternoon to Chur. The train left at 14:25pm for its steep climb to Alp Grüm and Ospizio Bernina. The weather was perfect and the surroundings were incredible. The train makes its way out of Tirano through the streets and shortly after reaches the spiral viaduct of Brusio. Not long after the Lago di Poschiavo is reached and the train runs along it until it starts its steep climb. 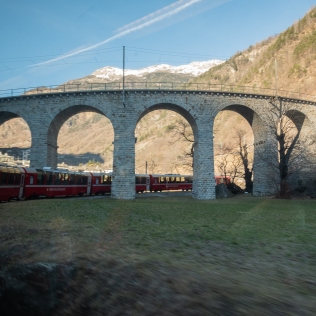 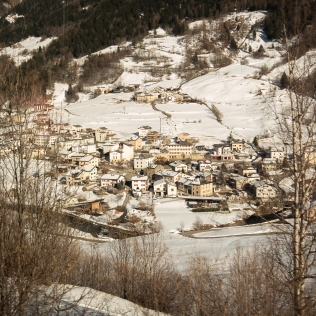 Looking back provides some neat vision

It then climbs ever higher to Alp Grum and Ospizio Bernina, the highest point. From there it runs along the Lago Bianco, which at this time of year is covered in ice and snow. It is a spectacular landscape travel through, and even more so in the comfort of a train. It then starts its descent towards Pontresina, Samedan and Bever through some great skiing areas. The final stretch the train runs through the Albula viaducts and tunnels to descend steeply and eventually reaches the small town Chur. 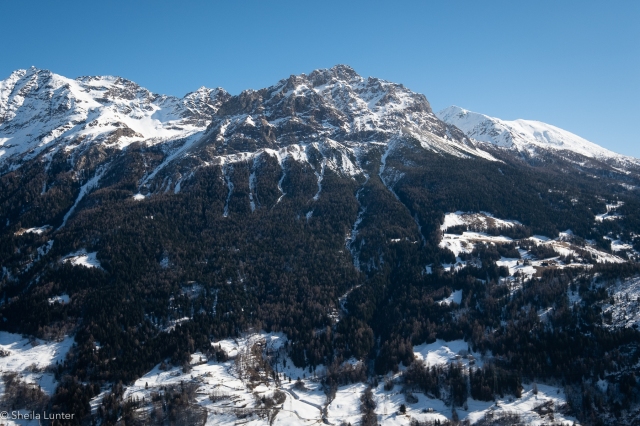 After an overnight in Chur I took the train back again and had another day of perfect weather. Travelling at a different time of the day, the light and the colour of the landscape was completely different. The sun on the snow made everything sparkle. 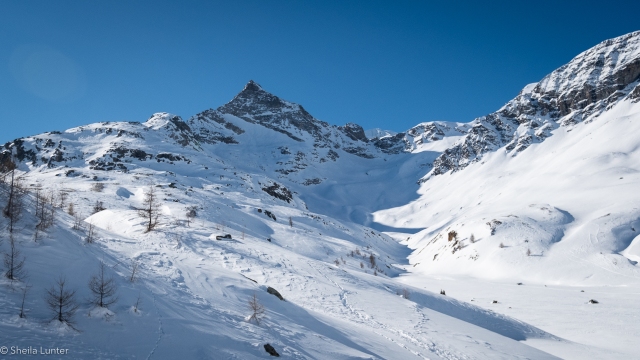