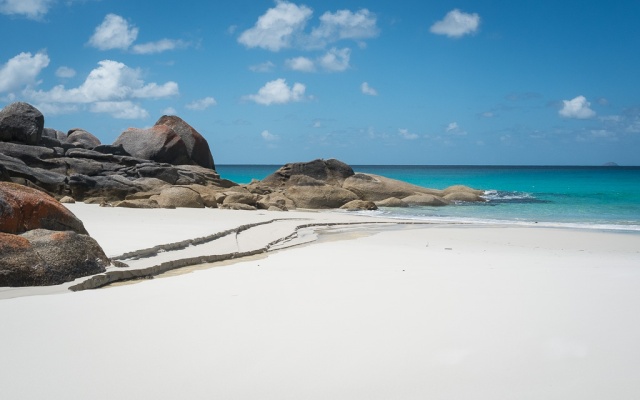 Back in December a few days of good weather offered the perfect opportunity for a few days walking at Wilsons Promontory. Starting out on a Saturday afternoon, I walked from Tidal River to Oberon Bay campsite. Wilsons Prom is a favourite place of mine and this was the fifth time I went to walk there. But my walks haven’t always been without troubles here; the second time I visited a friend took a tumble and hurt her knee badly (but still continued the three-day walk); the third time a friend and I were evacuated onto the beach at the end of our walk as a back burning exercise spiralled out of control and the Prom went up in flames; and the fourth time I got a terrible bout of gastro and had to stagger my way out and eventually be driven out the last bit by one of the rangers. So this time, I wanted to exorcise ghosts of the past and I was aiming for an uncomplicated, happy walk. 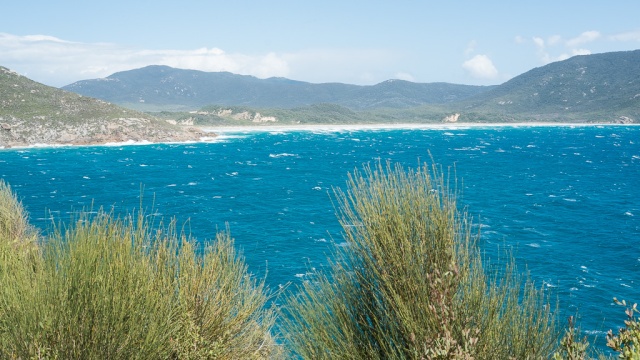 It was extremely windy when I started out, with an occasional sunshower, but mostly fine. The walk took me past the bulky mass of Mt Oberon, along the coast to the Oberon Bay campsite, which is nestled behind the beach. That didn’t protect it from the gale force winds, though, and the inside of my tent eerily resembled something out of Operation Desert Storm. I had to suck it up and not fret over the amount of sand that was ending up on my sleeping bag and everything else. I even slept with a buff pulled over my eyes, so that sand grains would not lodge in my eyes. 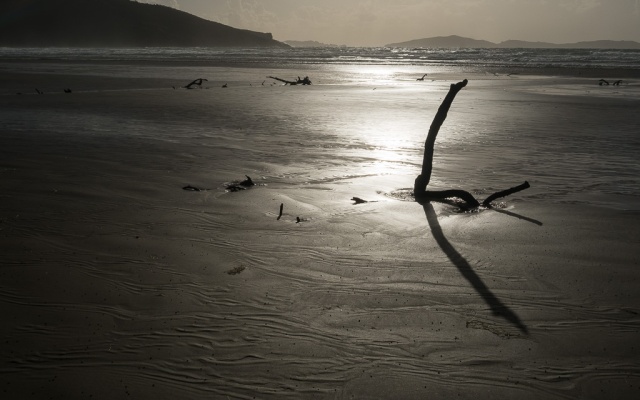 Early the next morning the winds finally died down and after a quick breakfast I was on my way, heading across the peninsula towards Waterloo Bay. Shortly after leaving the camp I could hear cries of yellow-tailed black cockatoos, who were flying in between the trees and keeping a watchful eye on my progress; I suspect there were young birds to protect from evil bushwalkers like me. They accompanied me quite a way until they finally moved off. By then I was nearly at the junction and headed straight for Waterloo Bay. The place looked stunning when I got there and I enjoyed a few minutes sitting on the white sandy beach contemplating life and soaking in the view. Not long afterwards I arrived at Little Waterloo Bay campsite where I stopped for lunch and to fill up on water for the next stretch and quench my substantial thirst. As I walked looking for water I nearly stepped on a tiger snake which was crossing the path. It was not impressed with my progress and had lifted its head, lying motionless. It was only after I took several of steps backwards that it lowered its head and continued in its direction. I got my water, but I will admit that for the rest of the walk every dry twig or branch on the path started to look like a snake in my mind! 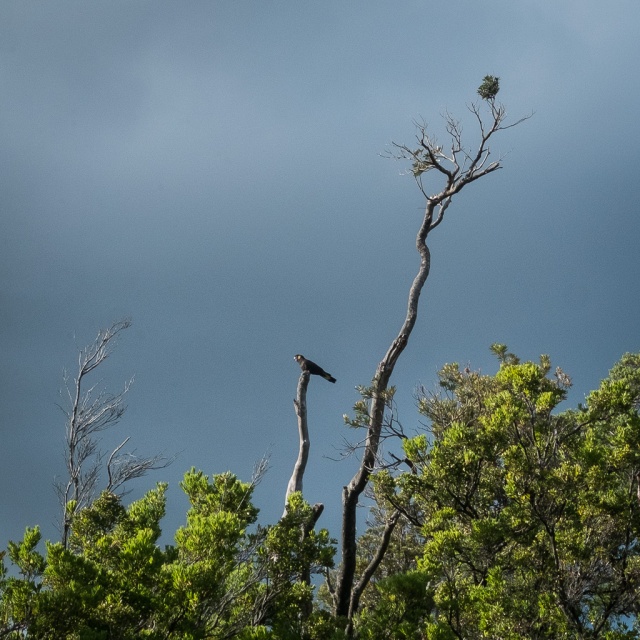 After my lunch break I continued on my walk. The path climbed a bit steeply at first and then started a stretch which I remember well from previous walks and is quite demanding in working your way over and around lot of rocks and trees. But I was freshly fed and watered, so I coped with it much better than previous times and had energy to spare to climb up to Kersop Peak at the junction to soak in the view. And that was well worth it on this glorious day. The view stretched wide and far and even the lighthouse was visible from here. I took some photos and then descended back to the path for the descent into the beautiful Refuge Cove. My knees were grateful when I walked into camp and at 3pm I still had the pick of most sites. After putting up my tent and sorting out my things I indulged in a dip in the rather unexpectedly chilly waters of Refuge Cove, but it was blissful for the weary muscles. That was followed by a sponge bath to get the salty water off my skin and before too long it was time for making some dinner in the congenial company of a group of fathers and sons who were off to the lighthouse the next day. 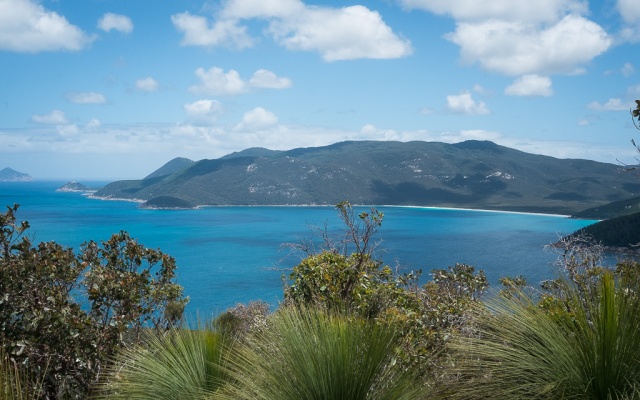 For me, the next day meant a long walk out. I was up early as I wanted to get going as soon as possible, because after the walk there was still the drive back to Melbourne. The stretch from Refuge Cove to Sealers Cove was beautiful, in particular the views towards Five Mile Beach on the northern part of Wilsons Prom. It was another spectacular day and every beach looked very inviting. At Sealers Cove I had to take off my socks and boots to wade across the stream and walk a while along the beach, before reaching the boardwalk through the swamp. The boardwalk ambles for almost two kilometres before reaching the path going uphill. About five minutes before the end of the boardwalk, I came across a massive tree that had crashed over the boardwalk and required some interesting gymnastic moves to get over, across and underneath. From there began the steady climb to the appropriately-named Windy Saddle, which took almost two hours. Although it had been a while since I last walked this section, bits of it appeared different and signs soon explained that destructive floods in 2011 had wreaked havoc on the path, with many sections needing to be rebuilt and in some cases rerouted. 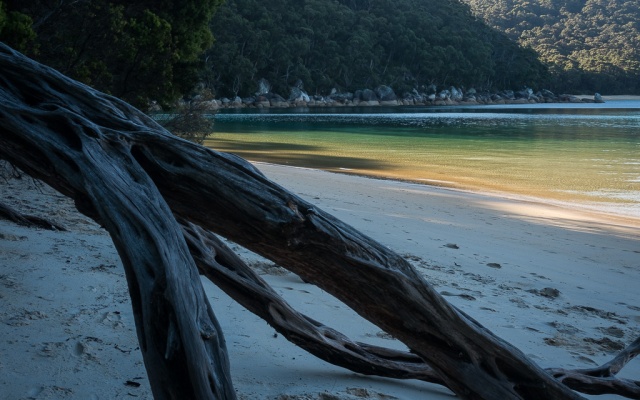 Eventually I reach the Windy Saddle and stopped there for a quick lunch. Then it was on again for the last hour, which thankfully was a gentle downhill walk. When I got to the carpark at Telegraph Saddle I still had another downhill walk in front of me to get back to the hikers car park. And although many cars passed me, no one stopped to offer a lift, which was frankly a bit disappointing. Maybe people thought I was happy to walk along the road, but in the heat most people should have been able to figure out that a lift would have been very welcome! I got there eventually, and after 22km for the day, various blisters (the price you pay for forgetting your shoe inserts) I deserved my shower and the ice cream that followed.